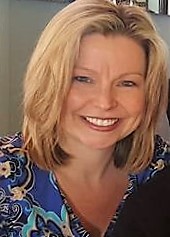 Suzanne Boire (Miss B) is the director and owner of Boire Dance Academy. She has been a dance educator for 31 years. She teaches all levels of ballet and modern. Ms. Boire was trained in the Royal Academy of Ballet Syllabus as a student. She received her Bachelors of Fine Arts in Dance from Jacksonville University with honors and her Master’s in Education from Grand Canyon University Summa Cum Laude. She danced professionally in Jacksonville, Houston, Los Angeles and Miami. Her last company she danced with,” Demetrius Kline Dance Company” she found her love for choreography and became an award-winning choreographer. Her choreography has been adjudicated at the national level and have won all-around high scores. She has had works created and shown in Florida, Georgia, and Rhode Island. She has choreographed musicals, dance productions and independent ballet and modern works. Her pieces have won high scores and choreography awards at ADA, Headliners, Star Quest, Dance Ovations, Star power, Turn it up, and Step it Up to Dance. She has been a guest teacher at several Summer Schools in Florida and New Hampshire. She has been a director of dance for over eighteen years. 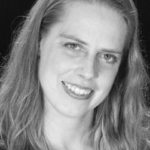 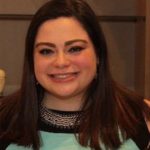 Jessica Greenbaum grew up dancing at North Shore Dance Academy in Danvers, MA. During her time at North Shore Dance Academy she was trained in Ballet, Jazz, Lyrical, and Tap. She started competition team at the age of six and stayed on the team till she graduated from high school. At her high school, she danced on the dance team and was captain of the team her junior and senior year. She is a recent graduate from Fitchburg State University with a honors in Human Services. During college she was highly involved in the Dance Club between teaching and taking a variety of classes. She started and taught an intermediate Jazz Class for two years. She spent 2015-2017 working at Academy of Dance Arts in Leominster, MA where she taught competitive and recreational students Jazz, Lyrical, Contemporary, Broadway, and Beginner Acro. Jessica is thrilled to be apart of Boire Dance Academy! 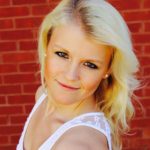 Molli Young always had a passion for dance. She grew up dancing at New England School of Dance and by high school was versed in many styles. She had attended Alvin Ailey Summer Intensive, completed her Royal Academy of Dance Exams. Molli graduated from The University of the Arts in Philadelphia PA with her BFA in Dance in 2013. She began working as a freelance artist and completed an internship with Brian Sanders Junk, a modern and aerial based company. She also performed at the Fringe Festival as an aerial dancer, as well as dancing at weddings, baby showers, in parades, as a country line dancer, and as an actor/dancer in a kids charity show. Once out of college she began teaching full time at Philadelphia Studio Ballet in Pennsylvania, Directed and Choreographed a jazz based dance company Frankie’s First Ladies which performed monthly at a local theater, until she moved back to her hometown in New Hampshire. Once back in NH she began teaching and choreographing for New England School of Dance and Boire Dance Academy, and became a certified Zumba Instructor. Molli’s goals for the future is to continue to learn and grow through dance and bring her knowledge and love of her career wherever her movement takes her. Molli teaches the tap program and upper level Ballet program.

Lauren Oliver has been dancing for 16 years. She is a graduate from Boire Dance Academy. She has won many regional and national awards for her dancing. Lauren was on a competitive Cheer Team for 10 Years. She brings her tumbling skills and dance experience to our Acro program!

Kiersten Oliver danced for 16 years at Boire Dance Academy. She has won numerous Dance Titles including American Dance Awards. Her choreography won her senior year in High School. She has brought her choreography to the next generation of company members. She also teaches our young dancer program, puggle program and contemporary dance.